Taking a total of 189 ship’s calls as its starting point, the Hamburg Cruise Center association (abbreviated as HCC) estimates a provisional passenger volume of 590,000 for the 2014 cruise season. This year’s cruise season will continue until 21st December, when Phoenix Reisen’s “Artania” will be calling at the port.

Hamburg has become one of the cruise industry’s titans, achieving a place among the world’s Top 20 home ports for the first time on the basis of its passenger numbers for the 2013 season. Gerd Drossel, HCC Managing Director, comments “With a passenger volume of 552,459 and a growth rate of 28 per cent over the previous year – the third best figure among all TOP 20 home ports – Hamburg has achieved 20th place in the ranking.” This represents 7th place among the European ports and is equivalent to a bronze medal among the North European ports, coming third only to Southampton               (2013: 1 683,000) and Copenhagen (2013: 805,000).

Special themed cruises for the off-season

While the 2014 cruise season is already over at the ports of Kiel and Rostock, Hamburg will still be welcoming a total of eight calls in the months of November and December.

This include twice the “Queen Mary 2”, with passengers on a Norway cruise embarking/disembarking from Hamburg on 6th November. The 2nd voyage continues on 10th November with a taster cruise from Hamburg to Southampton and then along the transatlantic route to New York.

On 8th November 2014 the “MSC Magnifica” will be departing Hamburg on its ‘Grand Voyage’ to Buenos Aires, taking a total of 20 nights.

The “Artania” has been in dock at the Lloyd Werft shipyard in Bremerhaven since the end of September and, on 9th December, will begin the first of a total of three select additional short cruises between Hamburg and Amsterdam under the motto “a pre-Christmas short break”. Following this, it will depart from Hamburg on 21st December bound for Marseille on a Christmas and New Year cruise.

The 16th December P&O Cruises’ “Adonia” calls in Hamburg for the first time, visiting the city during its spectacular pre-Christmas 3-city tour which also includes Copenhagen and Amsterdam.

The 2014 season – Another record year

Gerd Drossel: “We are estimating a provisional passenger volume of 590.000 by the end of the season. This represents an increase of just under 7 per cent in comparison to last year (2013: 552, 459).” This year the city has once again welcomed the 500, 000th cruise guest of the season to its port. The passenger concerned arrived in Hamburg on 7th September 2014 as a transit passenger on board the “Legend of the Seas” – a whole two months earlier than the previous year’s 500, 000th guest of the season (6th November 2013).

In total the Port of Hamburg receives 189 calls from cruise ships (+ 6.2 per cent over the previous year), of which 180 were embarkation and disembarkation calls, including 52 partial turnarounds, plus nine transit calls. Turnaround guests, who either began or ended their voyage in Hamburg, accounted for 95 per cent of all guests (2013: 94 per cent).

Gerd Drossel continues, “Hamburg has consolidated its position at the top of Germany’s cruise port ranking, not only recording the most embarking and disembarking passengers (turn-around guests) during the 2014 season but also, for the first time, having the most calls.”

During the 2014 season German cruise guests accounted for 85 per cent (2013: 80.1 per cent) of Hamburg’s total passenger volume. This demonstrates Hamburg’s status as the perfect turnaround port for the German cruise clientele. The strongly growing German source market (2013: 1.7 million), which has for years been achieving higher growth than the British and US market in percentage terms, combined with the trend for cruises from/to passengers’ own front doors will continue to benefit Hamburg as a perfect cruise destination in future.

A diverse number of nationalities account for the remaining passenger figures, which are distributed across a total of 131 countries in all. Italian passengers made up the second largest group at 2.6 per cent. A total of 15,500 Italian visitors were recorded, of whom approx. 14,000 travelled from/to Hamburg, while 1,500 were transit passengers. The enormous increase in the number of Italian passengers can be attributed to the positioning of cruise lines MSC Cruises and Costa Cruises, which offer regular cruises embarkations and disembarkations from/to Hamburg.

The next largest group constitutes the Swiss, at 2.2 percent; this represents just fewer than 13,000 embarking and disembarking passengers. British guests accounted for 2 per cent or a total of 12.000 individuals, of whom approx. 4000 embarked or disembarked from/in Hamburg with an additional 8,000 transit guests. These figures reflect the cruises offered by the Cunard Line and the ship’s call at Christmas; in comparison to last year numbers have decreased.

Hamburg – A location for the whole cruise industry

Cruise lines make use of a call in Hamburg to put their ships into dock before or afterwards or combine time planned in dock with an additional call to the city. The Port of Hamburg is Europe’s second largest container port as well as an important universal port. As a result a diverse range of maritime companies, suppliers and service providers are located in or near the port, including, for example, the Blohm+Voss shipyard which has been building ships for over 135 years, establishing its reputation in the ship conversion segment and also as a repairer of cruise ships. The shipyard has just concluded a “Favoured Customer Agreement” with the Carnival Corporation, making Blohm+Voss a “Preferred Supplier” of all repair- and service-related services for Carnival’s European fleet. Blohm+Voss is the only North European shipyard to have concluded such an agreement with the Carnival Group.

By the end of this year, Blohm+Voss will have worked on a total of nine ships (2013: 6 ships) at its docks. The most recent visitor was Royal Caribbean International’s “Quantum of the Seas”, which underwent inspection work at the Elbe 17 dock.

In November and December it will be followed by the “Black Watch”, “Braemar”, “Aurora” and “Balmoral”.

Gerd Drossel comments, “Capacities per ship in Northern Europe are continuing to increase and, as a result, Hamburg will see ever larger ships berthing at its terminals in future.” In the coming year the “MSC Magnifica” with a passenger capacity of 2,518 will thus be replaced by the “MSC Splendida” which can accommodate a total of 3,247 passengers. This will make the “MSC Splendida” the largest passenger ship to offer cruises from Hamburg on a regular basis.

In 2015 AIDA Cruises will continue to be the cruise line with the greatest presence in Hamburg. Five AIDA ships (the “AIDAsol”, “AIDAdiva”, “AIDAbella”, “AIDAluna” and “AIDAmar”) will be setting course for Hamburg 55 times. AIDA Cruises is also planning to station the largest ship in its fleet, the “AIDAprima”, in Hamburg. From spring 2016 the “AIDAprima” will cruise from/to Hamburg on a weekly basis.

Cruise lines such as, for example, TUI Cruises and Norwegian Cruise Line are also launching even larger liners onto the market. The cruise terminal being built in Steinwerder is Hamburg’s reaction to this market development.

Larger ship capacities mean that, seen in percentage terms, the number of passengers during the 2015 season will decrease less than the number of ship’s calls.

Gerd Drossel continues, “2015 will, nevertheless, be a year full of highlights. 22 cruise lines have registered a total of 34 cruise ships for calls to Hamburg during the 2015 season. This will offer a wide range of choice to anyone interested in cruises, allowing them to book precisely the product they are looking for and departing from Hamburg.”

Next season will commence on 8th January, when the “Queen Elizabeth” calls Hamburg. The most popular month for ship visits will be May 2015, with 38 calls and a corresponding passenger volume of approx. 120,000. June 2015 the terminal infrastructure in Steinwerder will be completed.

From 7th to 13th September 2015, a Cruise Week will be held in Hamburg for the first time. During the course of the week the Seatrade Europe, the cruise industries second-largest trade fair; the fvw CruiseLive congress, the cruise event for travel agents in the cruise industry; and the Hamburg Cruise Days will take place. Eight ships are expected to visit the port during the fifth Hamburg Cruise Days. The first visitors, on 11th September, will be the “Costa neoRomantica” and the “Amadea”. On 12th September they will be followed by the “Mein Schiff 4”, “Europa”, “Deutschland” and “AIDAbella”. The round of visits will be concluded by the “Queen Mary 2” and “MSC Splendida” on Sunday.

A very special maiden call will be taking place at the end of the year. Within the scope of her introductory voyage Norwegian Cruise Line’s newly-built “Norwegian Escape” will be the US cruise line’s first ship to depart from Hamburg, on 23rd October 2015.

During the 2015 season the LNG hybrid barge “Hummel”, which was christened on 18 October in Hamburg, will be deployed regularly. The land-based power plant for the Altona cruise terminal will also be starting operations. 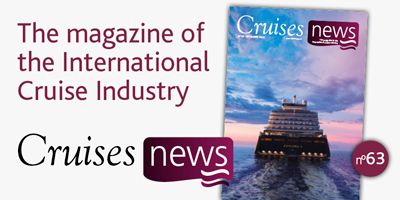